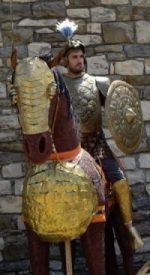 SURE, WE WILL BACK YOU. The multifaceted aspect of a letter of patronage under Italian law

In 2007 FDB Ltd, a company operating in the real estate sector entered a loan with a couple of banks. As a collateral, the FDB’s shareholders were asked to issue a “letter of patronage” under which they agreed to maintain the control of the company to the whole duration of the loan. In addition, they undertook the obligation to pay at first demand any outstanding debt, in case the company was put under liquidation.

This was what actually happened some years later. The banks activated the guarantee and the shareholders resisted, by claiming they were not bound by the letter since it the loan terms were to be considered as unlawful, and the collateral would have treated in the same way as well following the rules on ‘fidejussione’.

The case eventually arrived in court, and the first instance decision[1] is noteworthy in that it clarifies the state of art of the Italian case-law relating to the “patronage” engagements.

The judge recalled, firstly, that a letter of patronage clearly differs from a fidejussione (a collateral ancillary security under with the guarantor undertakes to pay in lieu of the main debtor, in case of the latter’s default – 1936 ff. Civil Code). In fact, under a patronage letter, the patron usually undertakes either to simply keep an eye on the supported person, and report (so called weak patronage), or to try his best to have the supported person to perform regularly (so called strong patronage)[2].

However, in the case at hand, the situation was different, since the letter clearly enabled the bank to cash at first demand. Therefore, the court held that it was a first demand guarantee, indeed. This is considered by the Italian caselaw a perfectly valid engagement, even though it is not expressly provided for in the statutes – utterly different from both a “fidejussione”, and a patronage commitment[3].

Those who are interested in receiving (free) full copy of the annotated decisions, please write to newsletter@lexmill.com.

[2] In this latter occurrence, the patron may be held responsible for damages in case the supported person fails to perform, since patron enters what is known as an ‘promise of obligation or act by a third person’ (art. 1381 civil code: A person who has promised that a third party will undertake an obligations to carry out an activity, shall indemnify the promisee if the third party refuses to undertake the obligation, or to carry out the promised activity).

[3] Cassation court (Unified Chambers), no. 3947 of 18/02/2010, ATER: “An autonomous guarantee contract is the expression of the party negotiating autonomy under Article 1322 of the Civil Code. Its purpose is to hold a creditor harmless from the consequences of the non-performance by its principal debtor […] the rationale is to transfer the economic risk associated with said non-performance from one party to another. On the contrary, under a fidejussione, having regard of its ancillary nature, the protected interest is upon the performance of the very same main obligation. It follows that, while the fidejussione guarantor is a “vicarious agent” of the debtor, the obligation of the independent guarantor arises quite independently of the primary obligation of performance, being qualitatively different from the guaranteed obligation, because it does not necessarily overlap with it and is not aimed at the fulfillment of the principal debt, but rather at indemnifying the unsatisfied creditor through the timely payment of a predetermined sum of money, substituting for the debtor’s failure or inexact performance”.