PUT YOUR SHOES IN THE RIGHT PLACE. Italian Court of Cassation on distribution contracts and jurisdiction 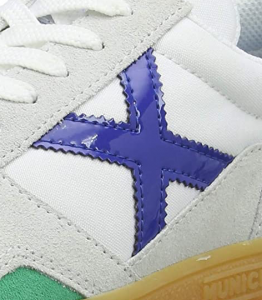 In 2003 a Spanish sport footwear manufacturer retained an Italian company as its exclusive distributor for the whole Italian market. The commitment was made orally and lasted until 2014, when the Spaniards abruptly stopped it on account of ‘serious’ breaches allegedly made by the Italians. In fact, the producers claimed, distributor had failed to get the agreed volumes and no development plan had been prepared in order to face a general difficult market situation.

The Italians reacted in 2018 by suing their principals for damages before the Milan court.

A preliminary issue arose then in relation to jurisdiction. The Spaniards were opposing, in fact, that the court of Barcelona (ES) was actually the only competent one, because the relationship with the Italians would be summed up, at the end of the day, as a series of sales, all expressly providing for goods to be delivered FCA Incoterms 2000. (FCA stands for “free carrier”, and indicates that delivery is duly performed when the vendor hands the goods over to the first carrier. This inevitably would happen at the vendor’s premises in Barcelona).

On the other hand, the Italians were claiming that the contract was more than that: it was indeed a general contract for distribution, therefore asking for marketing efforts and an active commitment throughout the Italian territory. This should have been treated as a service agreement, rather than a simple sale-purchase exchange.

The issue was resolved at the Italian Supreme Court of Cassation level in 2020 (decision no. 29176, publ. Jan 21, 2020). Any decision by the Cassation Court is limited to the situation under scrutiny; however, it creates an authoritative, although not binding, precedent. So, it is interesting to see how the Court decided in the case at hand.

The Cassation Court ruled in favour of the Italians, stating that a distribution contract (irrespective whether it is made in writing or orally) is prevalently a service contract, encompassing “a complex cooperation activity, that clearly is not limited to a mere vendor-purchaser relationship”. Therefore, following EUCJ in C-9/2012 Corman v Collins, to render, or benefit of services (not to sell, or buy things) is its prevalent obligation from a legal point of view. As a consequence, in determining which court has jurisdiction under sec. 7.1 Reg. 1215,  attention must be given to second alinea of sec. 7.1(b) which designates as competent the courts of “the Member State where, under the contract, the services were provided or should have been provided”.

The text of the decision (in original Italian) may be provided for free. Please send a request to newsletter@lexmill.com